Croatia is known as a land of thousands of island. Also Croatian coast is among the most indented coasts in the world. So it is no wonder that Dalmatia, as one of the most beautiful European destination is abundant with amazing beaches. Here is the list of 5 of them. Some of them can be reached very easily, but to get on some of them you will need a boat. And a good directions. But it is worthy. Especially to reach beach that is on 1st place, which by the way was voted as the best beach in Europe. Now lets go on journey to some of the best Dalmatian beaches!

Beach Dugi Rat in Brela (near Makarska), better known as Punta Rata, is widely known. Even influential American magazine Forbes declared it as the most beautiful beach in Europe and the sixth most beautiful beach on earth. This beach is really one of the famous beaches in the Croatia, and it is abundant with nearby facilities. It is easy to reach and you should definitely visit Brela if you are traveling through Dalmatia. 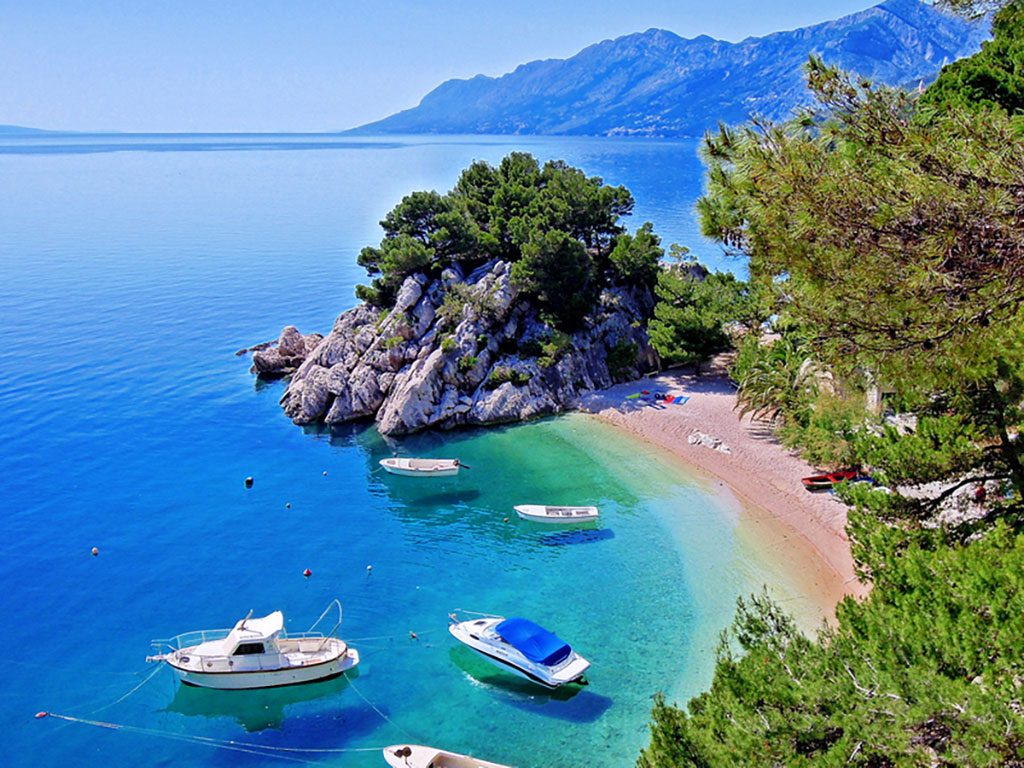 This beach is located in amazing Bay on the Omiš Riviera. Beach is accessible only by the goat road from the mainland, and because of that it is not crowded in the summer months. What is most interesting, here is underwater spring of the river Cetina which is more than 200 m deep, and it is located only couple meters from the shore. There is well with clean spring water right on the beach. Sea is here a little bit colder because of the river Cetina underwater springs. Omis and surrounding area has become the center of the active holidays in Croatia. 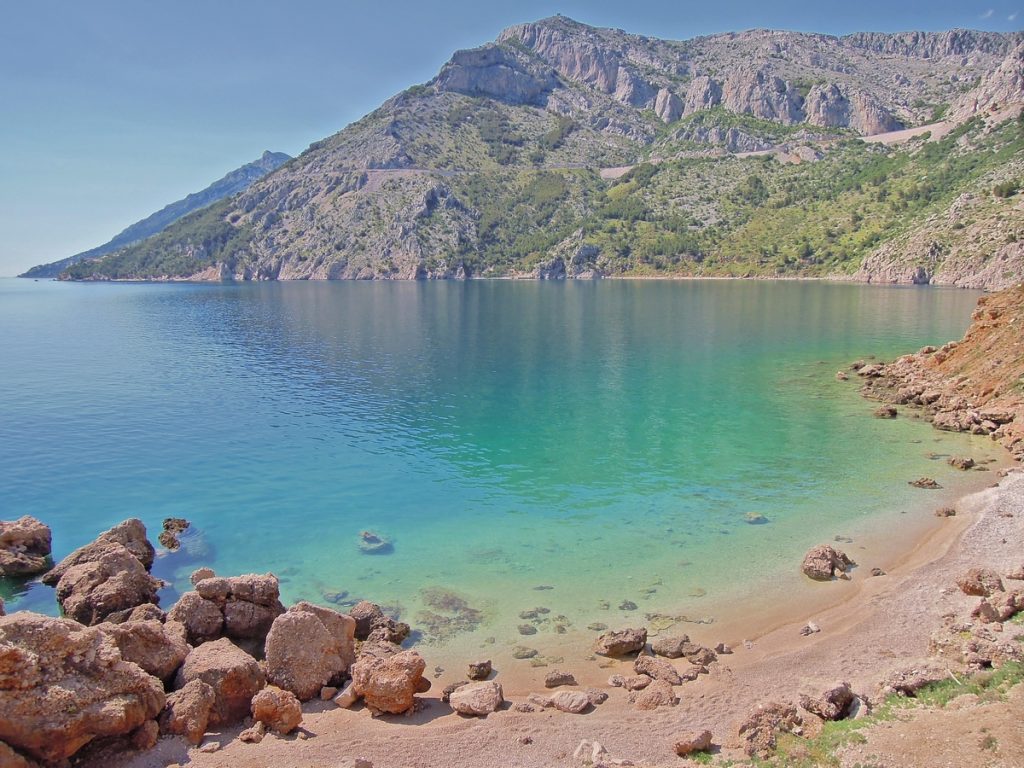 Zlatni Rat is beach located in Bol on island of Brač. Zlatni rat is not only a tourist symbol of Bol, but also a trademark of Croatian tourism. Because of its beauty and uniqueness, beach is often in the headlines of world newspapers, tourist catalogs and brochures. In all relevant international tourist surveys it always occupies the top. It is increasingly becoming a valuable symbol of Croatian tourism. Zlatni Rat is like a tongue almost half kilometers that goes vertically into the sea. It is also a natural phenomenon, because nowhere in the world there is such a beach that runs vertically at the shore. Peak of the beach is constantly changing shape, leaning under the influence of waves and currents on one side or the other. On the beach of Zlatni Rat there is the blue flag. 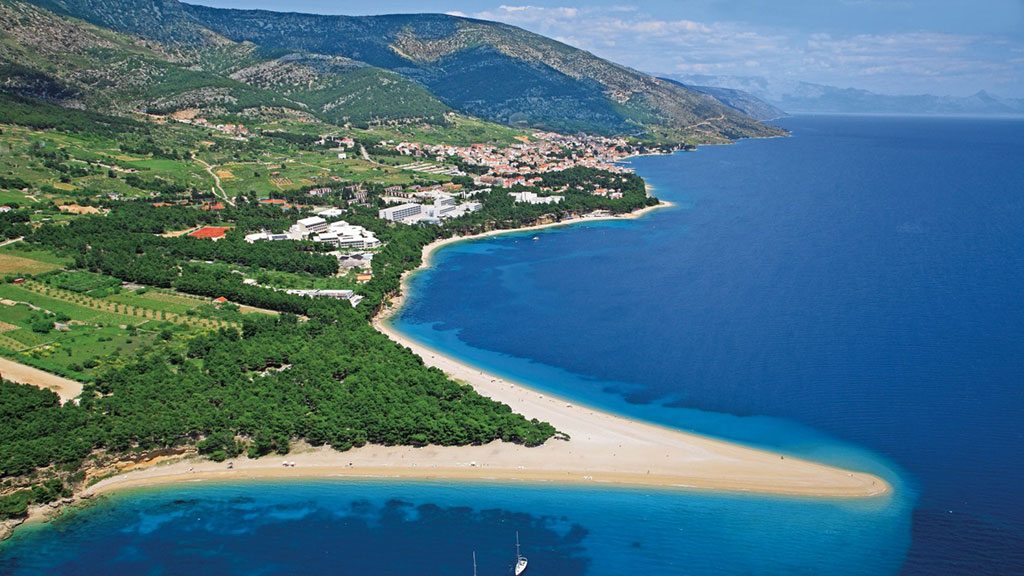 Sakarun is the most beautiful beach in Zadar area, and one of the most beautiful wild beaches on the Adriatic. It is located on the island of Dugi Otok. Sailors loves this beach which is a natural bay and it provides a secure docking area for them. Possible arrival to the beach from the mainland is by ferry from Zadar via place Božava (10 km), or by boat or catamaran. Ships sails every half hours from Bozava and Sali. Beach has gained a reputation because beautiful white sand and clear blue sea, which is surrounded by pine trees that provide shade in the summer. It is about 800 meters long, and at some 250 meters from the shore sea is only is 3.5 meters deep. That means that the bathing area is very large and it is suitable even for young children.

And we have finally came to number 1!

According to votes in 2016 by Daily Mail, Stiniva is voted as the beast beach in Europe! It is located in the bay Stiniva on the island of Vis. It is assumed that in the past the collapse of the ceiling cause formation of the beach. Beach is a protected monument of nature from 1967. year. Beach is extremely inaccessible from the mainland, and it can only be reached by a half-hour walk by only a steep goat trail. Nevertheless, Stiniva’s beauty and its unusual appearance attracts many tourists. The bay is also a favorite destination for domestic and foreign owners of yachts. 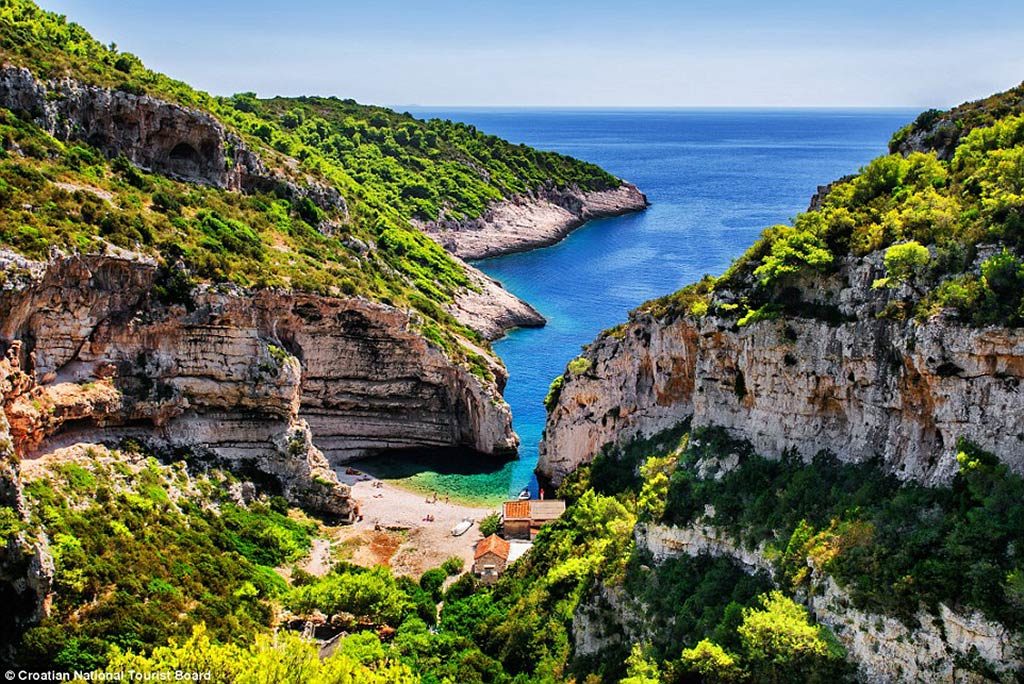 Here is the map where you can find these astonishing beaches:

That’s it! I hope you enjoyed in our list. But keep in mind that it is only our subtle opinion, there are many beaches in Dalmatia to visit and I sure hope so that you will!